Pentathlon Saskatchewan is the focal point for pentathlon in the province. We are a tight community of volunteers, coaches, and supporters who work tirelessly to encourage the development of our talented athletes and the promotion of our sport in the province.

An Interview With Saskatoon’s Own World Champion

Olympian Joshua Riker-Fox recently sat down with Lynn to learn a little more about her relationship with the sport that propelled her to the top of the Canadian sport scene.

How did you get into modern pentathlon?

I followed my brother who had started doing Pony Club with a friend of his. My mom wanted me to try it too! I waited about a year to get involved as I was swimming at the time.

How long did you compete on the national team?

I competed 7 years on the National Team

The women’s event made the Olympic Program in 2000, how do feel about that, both based on your time competing when only men were on the Program, but also now recognizing the advancement of the sport (which you played a role in!)?

When I started competing internationally, women competed in a World Cup – there was no World Championships! I did get to attend the first world championships in London for Women, it was quite the event – this was definitely a highlight!

Another highlight was watching a friend of mine (on TV) competing at the Olympic Games in Sydney – the first time women competed in the Games. This had always been a dream for me, but my friend persevered and made the dream come true. I was very happy for her! I never understood why it took so long for women to be a part of the Games in Modern Pentathlon, I thought that once women’s epee had become a part of the Games, Modern Pentathlon wouldn’t be far behind, but it was!

What do you do today?

Today, I coach fencing in Saskatoon (Saskatoon Fencing Club) and I’m also an Educational Assistant with our public school.

What are some of your coaching highlights?

I think the highlight so far is having a women foilist place 16th at Cadet World Championships. Since I don’t really get foil, I think this is pretty good!

Outside of the field of play, what special memories do you have that sport brought you (i.e. visiting an interesting country, meeting other athletes, etc.)?

Last spring I had a visit from a Danish coach and his wife. While I was competing, he and his wife were very good to me, and I stayed with them in Denmark and trained before a competition. That was very special for me as they were very kind to me while I competed in Modern Pentathlon.

I have to also say that one Modern Pentathlete from Finland kept in touch with me while he was trying to make their Olympic Games team for Los Angeles (1984). I received one letter saying he wasn’t sure if he was going to be able to do it, then the very next day, I received a letter saying he was going! The funny thing was that the first letter took about one month to get to me, it got lost in the mail! I was very happy for him and sent him a telegram while he was at the Games. Wow, have times changed!

Is there any advice you can share for emerging athletes?

Never, ever give up on your dreams and goals. They may change a bit, morph into something a little different, but stay true to them and stay true to yourself.

What did (current National Team Coach) John Hawes mean to your success?

I have to say that most favorite memory of training was with John Hawes. There was a time when we were preparing for World’s in 1983. I was doing a run workout. It was a short course, I can’t remember how long it was, but John kept telling me to go faster. I thought I was doing pretty good, but he wasn’t satisfied. So, I got mad at him and yelled at him that I was doing the best that I could do. He only smiled and told me to go faster! That was the only time I ever yelled at anyone – ever! I have to say that he was right, I could go faster. I always hated it when he was right!

Thanks Josh for the opportunity! Modern Pentathlon has given me many great things in my life. I will always be indebted to it for showing me many things about myself – some neat and some things that aren’t so neat about myself. However, if I hadn’t found pentathlon, I would never had gotten into fencing, met my husband, trained with some very special athletes and been around the world with them. I have been very fortunate and know to not take anything for granted.

Thank you for sharing your story Lynn!

Pentathlon Canada’s athletes, coaches, officials and volunteers have the right to participate in a safe and inclusive training and competitive environment free of abuse, harassment or discrimination. Pentathlon Canada believes the welfare of everyone involved in the sport is a foremost consideration. 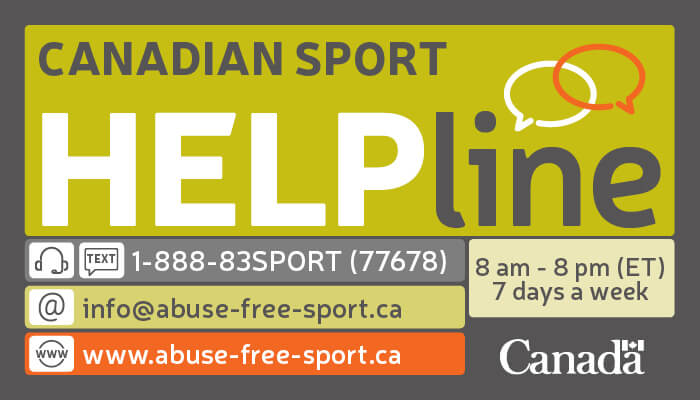 The Athletes Need Your Help

The journey to the 2020 Summer Olympics begins now!