The men’s competition consisted of 2 qualification divisions, where all 4 men qualified for the finals. Canadian highlights for the men’s final were the 1st place swim by Robert Bonomo with a 1.54.25 short course 200 m Freestyle swim, and the only clear 300 point show jumping round of the day by Joel Riker-Fox.

The women competed in a direct to final competition.  Canada again demonstrated their prowess in the saddle with Shauna Biddulph capturing 1st first place in the show jumping phase with a score of 296 points.  The women’s solid performances resulted in Canada receiving confirmation mid December that they had qualified a third women’s spot for the Lima 2019 Pan American Games, an important milestone towards the 2020 Olympic Games in Tokyo, Japan.

To finish the competition week, men’s, women’s and mixed relays were held. Canada achieved the third 1st place show jumping result of the week – 284 points – by the relay team of Shauna Biddulph and Claire Samulak, whilst the men’s relay team of Robert Bonomo and Garnett Stevens dominated in the pool with a 200 m relay swim time of 1.50.49.

Pentathlon Canada governs the sport of modern pentathlon in Canada, supporting our provincial associations and national team athletes in building a supportive environment for our sport. Pentathletes compete in five sports – fencing, swimming, equestrian riding, and a laser-run – in a one-day competition. For more information visit our website at www.pentathloncanada.ca  or contact media@pentathloncanada.ca 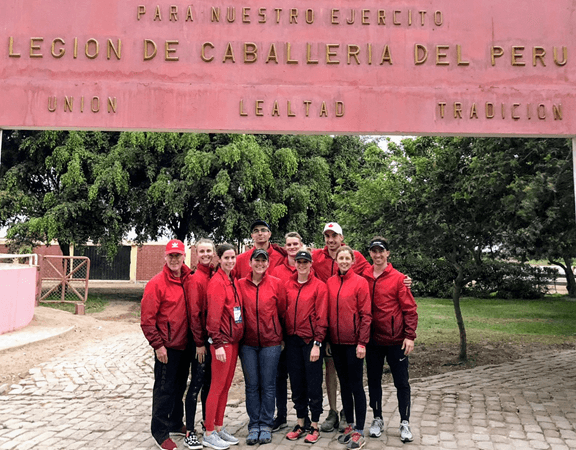